Thursday Thirteen ~ All About Gackt

Just when I began to think I’m done going to the cinema, I stumbled upon something unique. “Bunraku” is, get this, a hybrid animation/live action, film noir/martial arts production boasting an international cast. It stars such folks as Demi Moore, Josh Hartnett, and a personal favorite of mine, Japanese musican Gackt Camui. In honor of my anticipation, I’ve decided to list some of the many reasons I adore this gifted artist.

2. Since the loss of good friend Kami (a fellow musician with Malice Mizer) in 1999, Gackt allegedly continues to visit the late drummer’s mother. It could be a false rumor. Still, I like to imagine him both sentimental and respectful.

3. Cost notwithstanding, the man demands a high degree of quality out of every project he touches. Videos and live performance DVDs are a sensual treat.

4. Speaking of treats, “Vanilla” is a fabulous single. An exhilarating horn section makes this a personal favorite and the racy, whimsical lyrics don’t hurt. I always perk up when it comes on my playlist.

5. His vocals are not only easy on the ears but the words are consistently clear. As a result, he’s actually reinforcing my language lessons!

6. Acting genuinely playful in interviews and on television programs, Gackt’s good humor is substantiated by one report that he ran an invitation-only restaurant for a time. The article said he prepared family recipes for his guests at a string of secret locations. Whatever did it take to get invited?

7. Gackt looks gorgeous in every incarnation. Shallow, I know, but I’ve never seen anyone pull off such a variety of costumes and personas: goth, vampire, gangster, blond, brunette, Samurai, cyborg soldier. It’s all good.

8. Merveilles – I can’t get enough of listening to the album and watching Malice Mizer’s live, epic performance.

9. During a segment of Merveilles, Gackt wears a heavy-looking brocade costume complete with feather-collared cape and outrageously high-heeled, platform boots. During a soaring piano piece he gives a flawless performance in that outfit while sitting with his legs crossed. It’s priceless footage.

10. Some sources claim he’s bisexual and, while it’s none of my business, this wicked imagination does run wild. Some photographs I’ve seen only perpetuate the claim.

11. He never does anything halfway. Even friendly martial arts demonstrations I’ve seen are amazing. Gackt once said that everyone on his staff is trained for sparring and I believe it.

12. Gackt penned a particularly haunting single, “December Love Song”, after being moved by the terrorist attacks on September 11th, 2001. The mournful Japanese lyrics manage to sound more beautiful than sad to me, but I have several versions. Hearing the devastating lyrics sung in English for the first time, I nearly cried.

13. I’ll leave you with the image of this stunningly packaged CD. 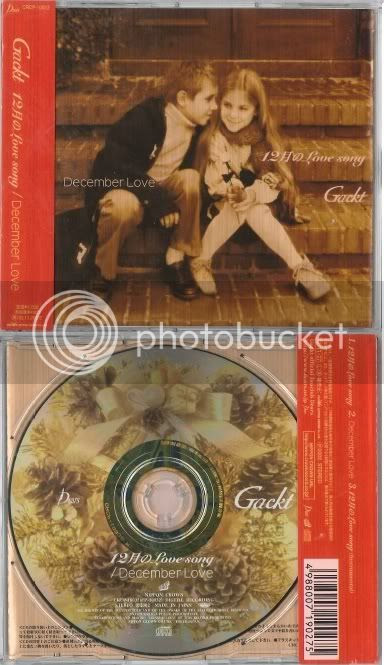 Copyright issues left me uncomfortable downloading music or images of the artist, for which I’m sorry. However, the barest search will provide you with a plethora of samples if my list piques your interest.

I don’t count my blessings nearly as much as I should. This list is sort of tongue-in-cheek but also heartfelt.

Thirteen blessings of my spoiled existence:

1. Disposable Tissues – for both noses and unmentionables

3. Lip Balm & Skin Lotions – my first and greatest addiction outside of writing

4. An Insect & Pest-Free Home – I’m especially aware of this after actually getting hooked on a so-called reality TV program, “Billy the Exterminator” (even with this I skip the canned, soap opera drama)

5. Top of the Food Chain – I’m mostly there where we live, and this hearkens again to the crazy dangers Billy Bretherton faces in Louisiana

6. Microwave Ovens – how did I survive my early bachelorette-hood without one?

7. Ready Health Care – not to spark a political storm, never my intent, I do feel blessed for this

8. Central Air Conditioning – can’t imagine a summer without it

9. Reliable Electricity – sorely missed when a hurricane took down the power grid for a week

12. Computers, Laptops, & Thumb Drives – excuses not to write have never been so difficult to invent

13. Imagination – the luxury to dream and put my stories into words instead of worrying over where my next meal is coming from
Posted by Darla M Sands at 5:18 AM 11 comments:

Learning Japanese and fascinated by the culture, I often get a kick out of a website called "Pink Tentacle". Today I found something both fun and educational, as it helped me practice reading katakana.

If you're a fan of Godzilla-like creatures, check out these vintage postcards from the 1970's!

Pachimon Take Over the World!
Posted by Darla M Sands at 2:39 PM No comments:

I posted a story on my tamer blog. And while it's not smut, I hope you'll pop over and enjoy the short read...

Happy Friday!
Posted by Darla M Sands at 9:15 AM No comments:

Darla M. Sands
Posted by Darla M Sands at 8:17 AM No comments:

Today's the day I try to say something worthwhile and pertinent to writing. I hope you check it out and enjoy. Happy Wednesday!

The Writer's Retreat
Posted by Darla M Sands at 9:05 AM No comments:

However much I complain about my job, the boss is cool. He rides a beautiful Harley and has a very open mind. My father sent me a funny email and I'm forwarding my supervisor this picture with the caption that he needs one: 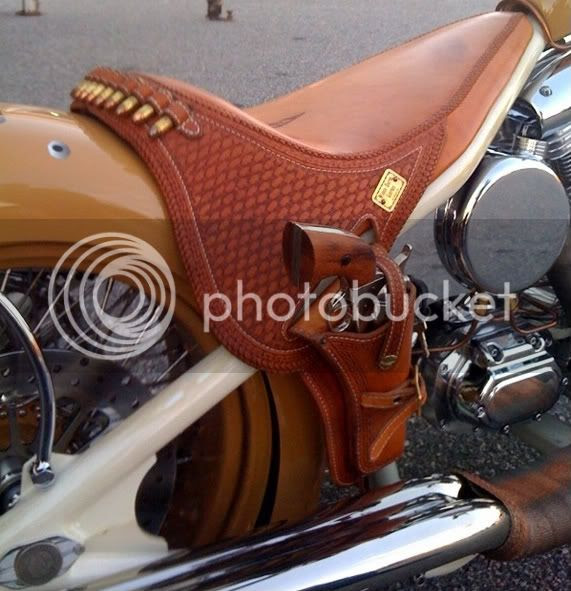 Posted by Darla M Sands at 4:59 PM No comments:

Thirteen reasons I should have stayed home from work today:

1. It’s raining, and my muse thrives on rainy weather

2. Imagining a beautiful exchange between two fictional characters, I would have preferred to keep daydreaming in bed until the urge to write the scene forced me to get up

3. I’m actually in a good mood and should let my work-from-home partner enjoy this side for a change

4. My Thursday 13 list wasn’t already written as I’d wrongfully thought (a blog post is in the pipe for another topic– duh) and I could concentrate better away from here

6. The one and only street out of my neighborhood was blocked by a fire truck due to a fallen tree (unfortunately, the fireman waved me on before I came to my senses and went home)

7. A constant stream of emails distract my attention from the fiction I’d rather be writing

8. Painting on my home’s interior is done and tons of artwork needs re-hung

9. Three cats would rather have me there

10. The floor needs vacuumed and I won’t want to do it by day’s end

11. My daily Japanese lesson could be done with a cat on the lap instead of sitting in my car or the company break room

12. It’s noisy here and I like things quiet (music in my ear keeps me somewhat sane)

13. To bastardize a quote my dad taught me about fishing, “A slow day of writing beats a good day at the office”

I hope that, wherever you are, you have a good Thursday!
Posted by Darla M Sands at 9:43 AM 12 comments:

Today I expounded upon the type of gaff that I sometimes feel alone in being able to achieve. Click for a laugh and I hope you'll share experiences of your own...

Writer's Retreat Blog
Posted by Darla M Sands at 9:08 AM No comments: 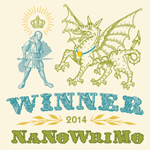